Visitors are always made most welcome. 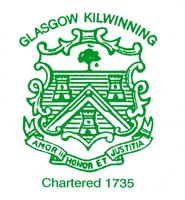 Brother David Selbie PM, died on Saturday 28th February 2015. David was our most Senior Past Master and the following text is the extract from the minute of our Regular Meeting held on Wed 18th March 2015;

The Master intimated the passing of Bro. David Selbie PM and a Past SPGM. The following eulogy was

given by Bro. Graeme Campbell IPM.

absence really makes us appreciate what we have all lost. He was a greatly loved Brother and friend some

might even say an institution in the Lodge whom we will miss terribly.

I was related to David through marriage. My sibling Brother Craig, being married to his daughter Ann.

when necessary) throughout my 35 years of Masonic life. Many of you were present at his funeral a week

past on Saturday and will have seen the incredible biography printed in the funeral programme. Apart from

being a hugely successful businessman and devoted family man, David was a member of so many clubs,

societies, organisations and institutions and he reached the “top”, so to speak, of them all.

His greatest love apart from his family was this wonderful old Lodge of ours. His life was guided by Masonic

principles and he greatly valued the companionship, camaraderie and work of No.4. He also re-wrote most of

the ritual which we use to this day.

ever and led the celebrations with alacrity and distinction. Although not Master, he went through a similar

He was supportive, loyal, opinionated and extremely kind hearted. He was always first to offer praise and

went on to get it right.

Over the last 65 years, the Lodge could easily have been renamed “Glasgow Kilwinning Lodge – David

Selbie” such was his impact and value to us. As I said before you don’t really know what you’ve lost ‘till it’s

gone. Rest in peace David we will never see your like again and we will miss you and think fondly of you

The Brethren stood for a minute in silence as a mark of respect for Bro. David Selbie PM.